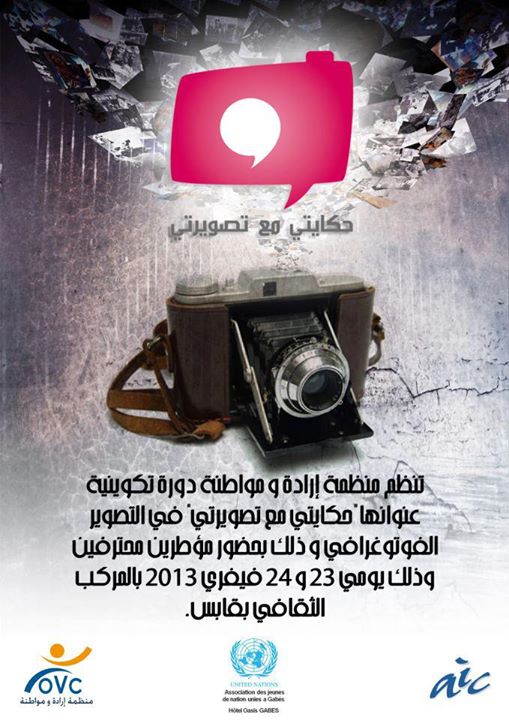 An initiative led by  Ahmed Ben Farhat that aims to gather talented photographers together in a national network an train them on how to use their talent to treat social problems and voice the sufferings of minorities in Gabes.

Arts such as graffiti and photography have been extremely influential tools to mobilize citizens, to pass messages and to voice one’s opinion about injustice, poverty, social issues in the aftermath of the revolution. Great pictures were taken by amateurs and young talented photographers and reached out to the world and talked about the revolution of dignity and freedom.

Ben Farhat is one of these people and believes that these people have to be trained in a professional way and to get engaged afterward in social activism and serve human rights and citizenship causes.
Ben Farhat recruited 20 young photographers (18-28 year old) from Gabes to be trained by 2 professionals on photography’s essentials during two -day trainings. When the training was done, the 20 photographers were requested to make a common project where they tried to record data and take pictures treating Human Rights problems in Gabes. The pictures will voice human rights problems such as violence, poverty, injustices in Gabes and try to mobilize the community to start taking measures to reduce them.